First off, this isn’t going to be pretty. I’m putting more effort into getting this up fast, than making it look good.

I’ve tried to give the glimpses we got in the trailer a little context by grouping together what I could. This isn’t a frame by frame, because there is just too much and it’s impossible to try to give everything context. So let’s try to make a little sense of everything we just saw.

There’s no way to tell what the actual order of events is, but for most of the trailer Wynonna is wearing a silver shirt and I think it’s safe to assume that will be what she’s wearing in Episode 1. We know she was with Nedley when we last saw her, but it looks like she’ll be reunited with other important people pretty early on.

Like, Nicole. Who, as many guessed she would, immediately punches Wynonna.

At some point (while in the same clothes) Wynonna and Nicole end up with new character, “Rachel” at an office then somewhere fighting some bad guys.

Let’s move on to whatever this place is.

We see the interior, which has pretty blue lighting and beams of light and the exterior which has red doors and snow…because no matter where in the universe they are, they’re still in Calgary.

Let’s move on to AU Shorty’s and what the fuck is happening there. 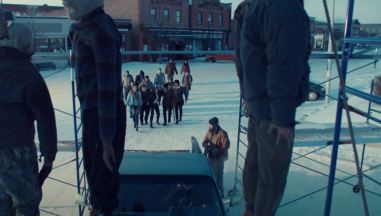 Why the fuck are people being hung outside of Shorty’s? Is Chrissy their leader? WHYYYYY are they trying to hang Wynonna? Whose side is Doc on?

Finally moving on from “when Wynonna was in the silver shirt”.

Wynonna and Jeremy are in some sort of armory, like legit, well funded armory. Jeremy is wearing a SUIT and Wynonna is wearing an official looking jacket with her name on it. Hmmm?

Now, I’m sure you didn’t miss the appearance of our beloved DFK.

But did you catch that Doc is seen punching someone who was in the audience? 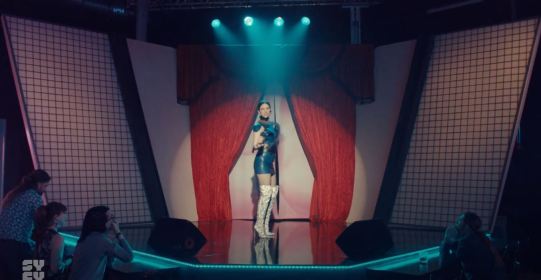 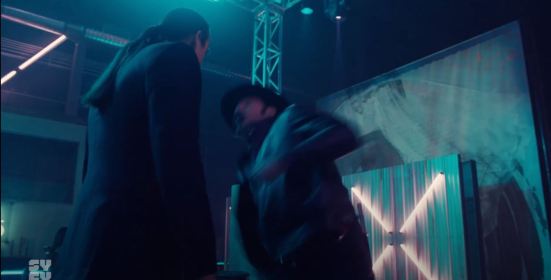 The person sitting in the bottom right of the photo is the same one Doc punches in the trailer.

That’s pretty much all I have for “themes”,  but just for fun let’s add a few more moments I found to be very interesting. 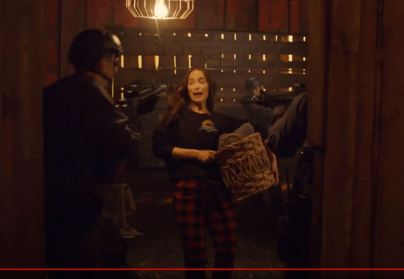 Like I said, the armory they were in is part of a well funded operation, as are these guys. Anyone else getting BBD feels?

Doesn’t take the new kid long to be admitted into the Homestead.

Orange is the new black?
I don’t know if it’s related, but we get a glimpse of Waverly standing in some version of Shorty’s near folks wearing orange outfits. 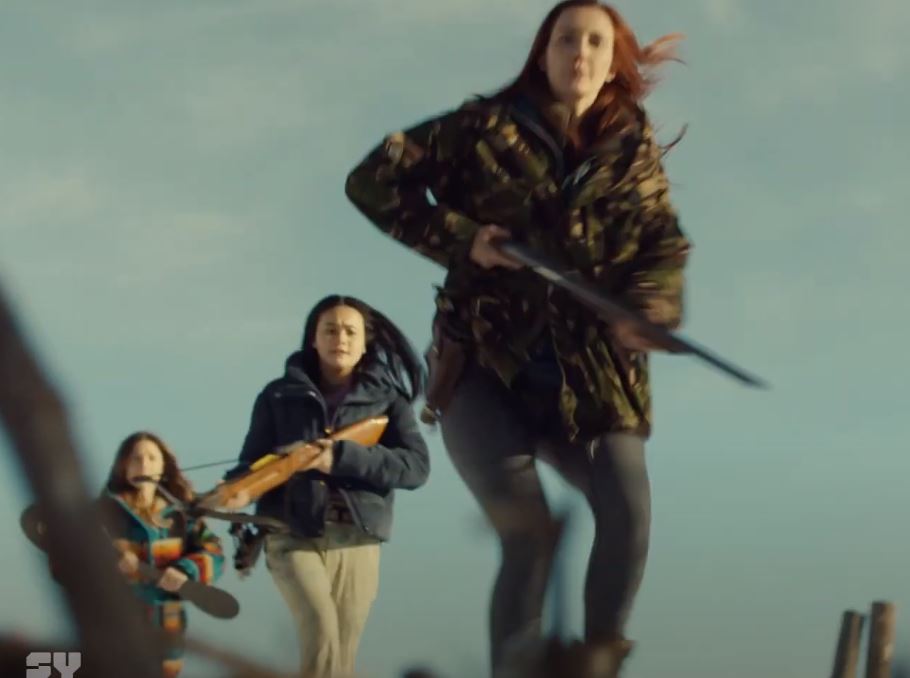 There’s are lot of questions we could ask about this one, but the only question that matters is; is Waverly carrying a spoon?

I know it’s wishful thinking, but is there any chance that is Mattie/Greta?

At first this just seems like a very silly moment that couldn’t possible make sense, but what if that is Holy Water (because why else would she have a super soaker?). That would indicate that Doc is still, at least partly, a vampire.

And just because I wanted to end on this.